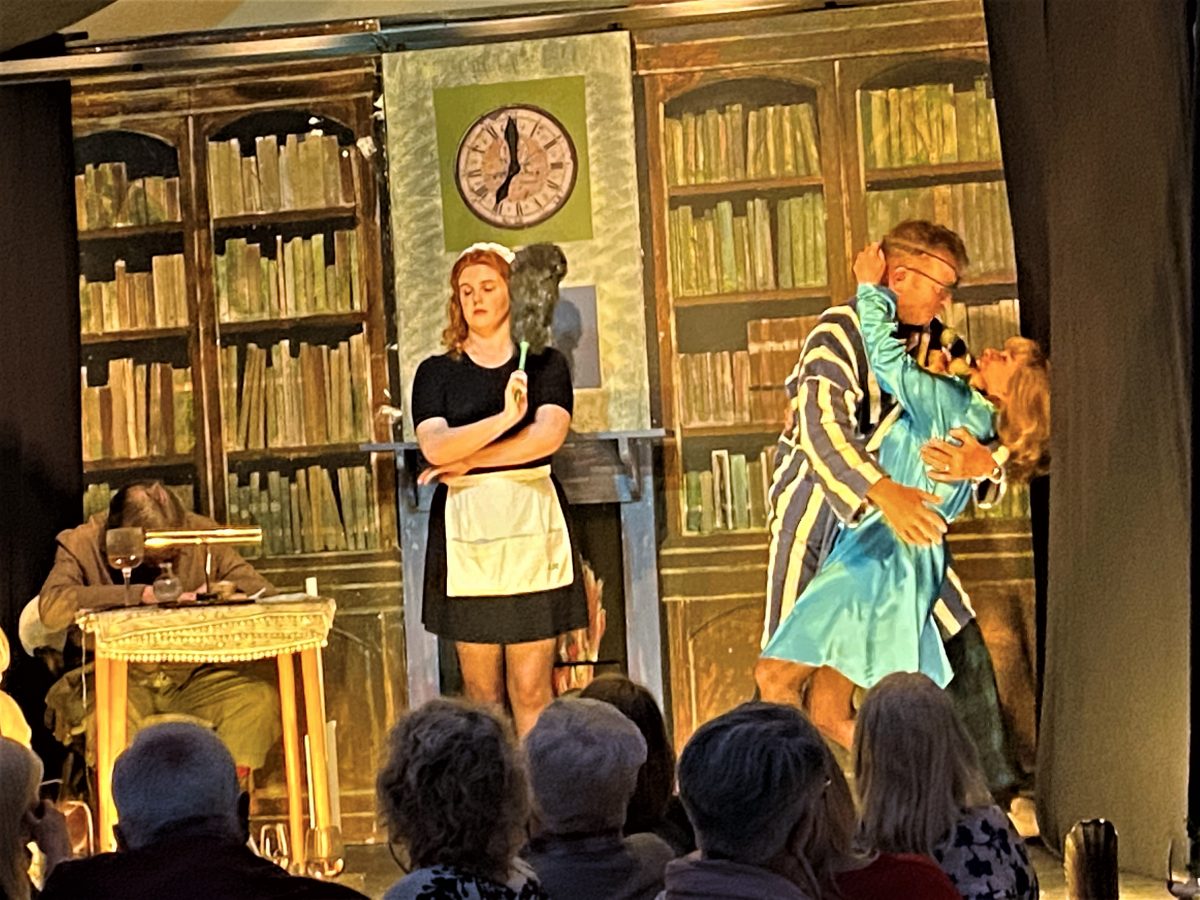 Published Alderney author Lee Flewitt has pulled it off again – this time with two short murder mystery plays which were performed in the Georgian House on 13th and 14th May.

For the first time, the Alderney Theatre Group hosted a murder mystery dinner in the Orangery. Seating 56 diners, it was possible to accommodate a theatre stage and amazing backdrops as well as props.

On Thursday 13th and Friday 14th May, the stage was set for two different murder mystery plays. The stunning backdrops created by Nick Collier and Ronnie Cairnduff’s clever props set the scene.

Both plays were pre-recorded by Alex Flewitt, with special sound effects adding further suspense, and were brilliantly enacted by the cast who had the audience in suspense and stitches.

The first crime “Murder in the Library” claimed just one victim who perished due to extremely intriguing circumstances. But, as this play may well be shown again during Alderney Week, no clues, other than the cast, will be disclosed!

The curtains were raised again to reveal another crime scene- this time Alderney’s railway station.

The curtains came down to thunderous applause and we are pleased to confirm the casualties lived on to survive another day and to star in another show!   ENDS

For photographs of Murder in the Library – To view/download/share, click here

For photographs of Murder on the Alderney Express – to view/download/share, click here