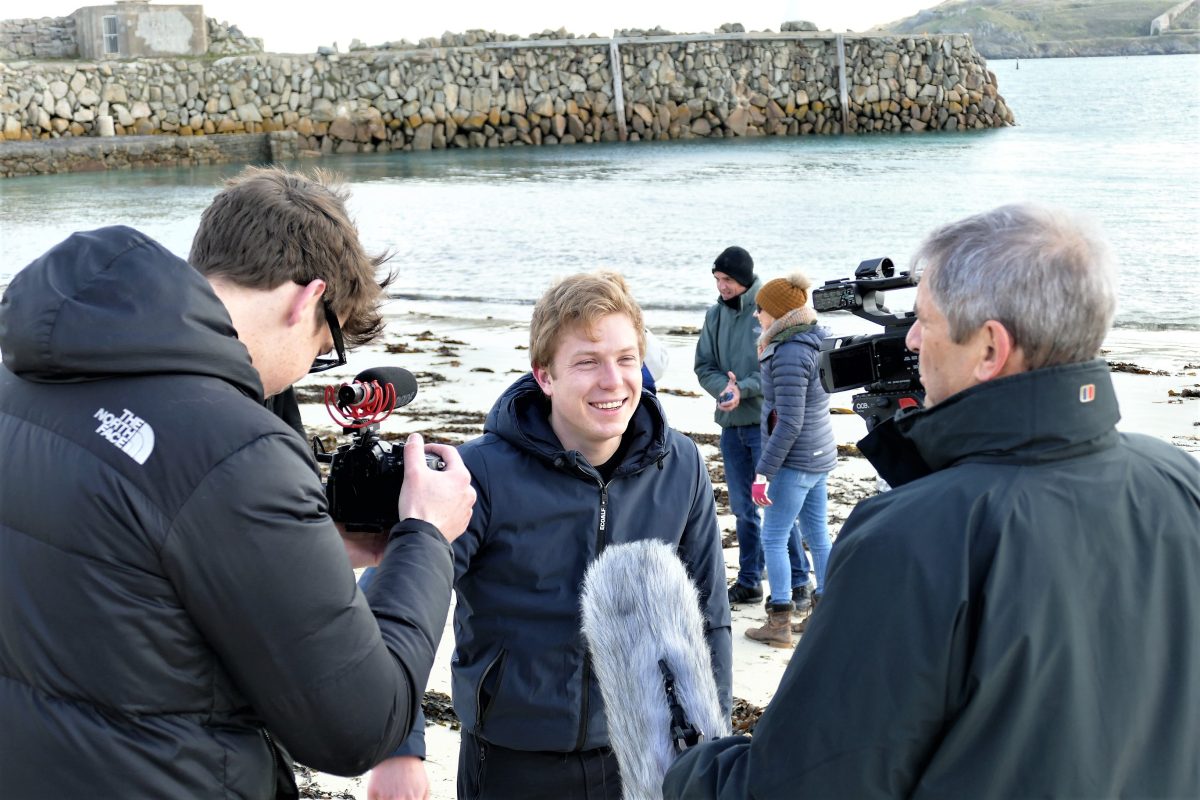 2 April 2022: TOMFOOLERY: A vision for a world without plastic waste

Tomfoolery, a viral poet and filmmaker is raising awareness of the huge amounts of plastic waste currently polluting the oceans by creating a film in collaboration with a sustainable clothing brand called ECOALF, which uses plastic waste collected from the ocean to make their clothing.

The Channel Islands often suffer from plastic waste pollution due to the busy shipping lanes, fast-flowing currents and bad weather. Local organisations have done well to take responsibility for cleaning up the mess as it washes up on the shoreline. “The amount of plastic we use is due to double by 2050, so more and more is going to be
washed up. It’s one thing to rely on our community to clear up.”

ITV Channel
Tomfoolery, in partnership with The Alderney Wildlife Trust filled up Braye Beach with thousands of washed and cleaned bottles to highlight how big this issue could be. Volunteers came down to participate in the big beach clean up shoot and each were given a patch of beach to place bottles whilst the filming took place. After successfully getting the shot they ensured that each piece of waste was re-collected and disposed of with by the Alderney
Recycling Centre.

The short film is a poem about a futuristic world in which a grandfather is having to explain to his granddaughter  what plastic waste was – since in this world it’s been eliminated. It features local island talent handpicked from the island pantomime scene.

The Alderney Wildlife Trust (AWT) is extremely excited to be working with Tomfoolery on this
important and inspirational project!
The AWT was founded 20 years ago by a group of enthusiastic and hard-working residents
to champion, study and protect Alderney’s wildlife. This belief has never wavered but has
spread through the AWT family, past and present. One of our main aims is to reduce plastic
waste, especially that made from single-use plastics. In 2017, in working with the island’s
government Alderney became one of the first ‘Plastic Free Islands’ as part of the Surfers
Against Sewage campaign. Two years later, in 2019, we helped to facilitate the movement
from plastic milk bottles to reusable glass bottles, which many of Alderney’s individuals and
hospitality businesses are now using.

The AWT also helped to set up the Big Channel Island Beach Clean, a pan-island beach
clean that takes place annually over one weekend in February. This year, 66 plastic bottles
were collected in 90 minutes – a rate of 44 bottles per hour! Unfortunately, in the two months
that followed 154 more plastic water bottles were washed up on Alderney’s shores.

Tomfoolery’s new poem raises awareness and shows us that there is a future where plastic
waste is not harming our environment, as long as we work together. The AWT stands by this,
as we did twenty years ago and as we will for the next twenty!

Who is Tomfoolery?
https://www.instagram.com/probablytomfoolery/
At the start of the pandemic back in 2020, Tomfoolery wrote and recorded a poem called The
Great Realisation and became viral overnight, with over 60 million views worldwide, resulting
in the commissioning of a picture book by Harper Collins. Since then we have been on a
journey creating a mass of content by working with some of the biggest names and
companies around the world. Tomfoolery’s motto is to find the good from within the bad.

Recently, Tomfoolery has been working with the BBC and ITV on various projects, including
specially commissioned pieces for BBC One, BBC London, and ITV’s This Morning, as well
as writing the poem for the official Mayor of London NYE celebrations in London for two
years in a row. He recently performed at the Royal Albert Hall for the royal family at the
annual festival of remembrance.

Where is Alderney?
https://www.visitalderney.com/
Just a stone’s throw from the south coast of England lies the beautiful island of Alderney.
With no crowds, no queues and no traffic jams our small island is often described as the
‘hidden gem of the Channel Islands’ and offers a warm, peaceful and relaxing escape for
you to enjoy.

At just one and a half miles wide and three and a half miles long, you are never far from the
charming town centre of St Anne or our beautiful coastline. You can walk the stunning cliff
paths, enjoy our quiet, uncrowded sandy beaches or tuck into our local produce. Go
birdwatching, rock pooling or discover our heritage. Be entertained by a wide variety of
events or simply enjoy a night of stargazing under our truly dark skies.

There is no other place in the world like Alderney. It’s a friendly island with an easy pace of
life, where children can still roam free.

Who is ECOALF?
https://ecoalf.com/
Ecoalf was born in 2009, both the name and concept of the brand came after the birth of
Javier Goyenche’s (Founder and President) two sons: Alfredo and Alvaro. He wanted to
create a truly sustainable fashion brand and believed the most sustainable thing to do was to
stop using natural resources in a careless way to ensure those of the next generation. Since
then, Ecoalf’s mission has been to make a new generation of recycled products with the
same quality and design as the best non-recycled.

For the past 10 years, Ecoalf has become synonymous with its claim BECAUSE THERE IS
NO PLANET B®️ and developed more than 450 recycled fabrics recycling over 250 million
plastic bottles, 80 tonnes of discarded fishing nets, used tires, thousands of tonnes of
post-industrial cotton and wool… saving over 19.8 billion liters of water with their
Spring-Summer 2022 collection.

In 2015, through the Ecoalf Foundation, Ecoalf started Upcycling the Oceans. Born off the
coast of Spain, it is a worldwide adventure that is helping to remove marine debris from the
bottom of the oceans thanks to the collective effort of more than 3,500 fishermen having
recovered more than 1,000 tonnes of waste. A revolutionary project that has expanded to
Thailand, Greece, Italy, France… and continues to expand throughout the Mediterranean
Sea, converting ocean waste into high-quality garments.

Since 2018, Ecoalf has been a proud member of the B-Corp community: businesses that
meet the highest standards of verified social and environmental performance. 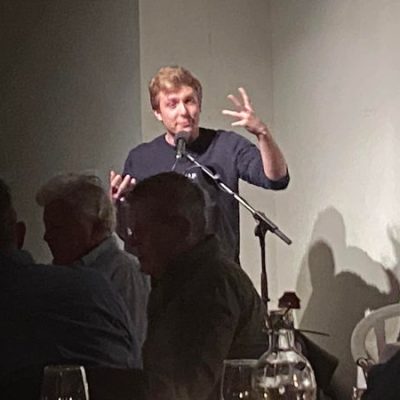