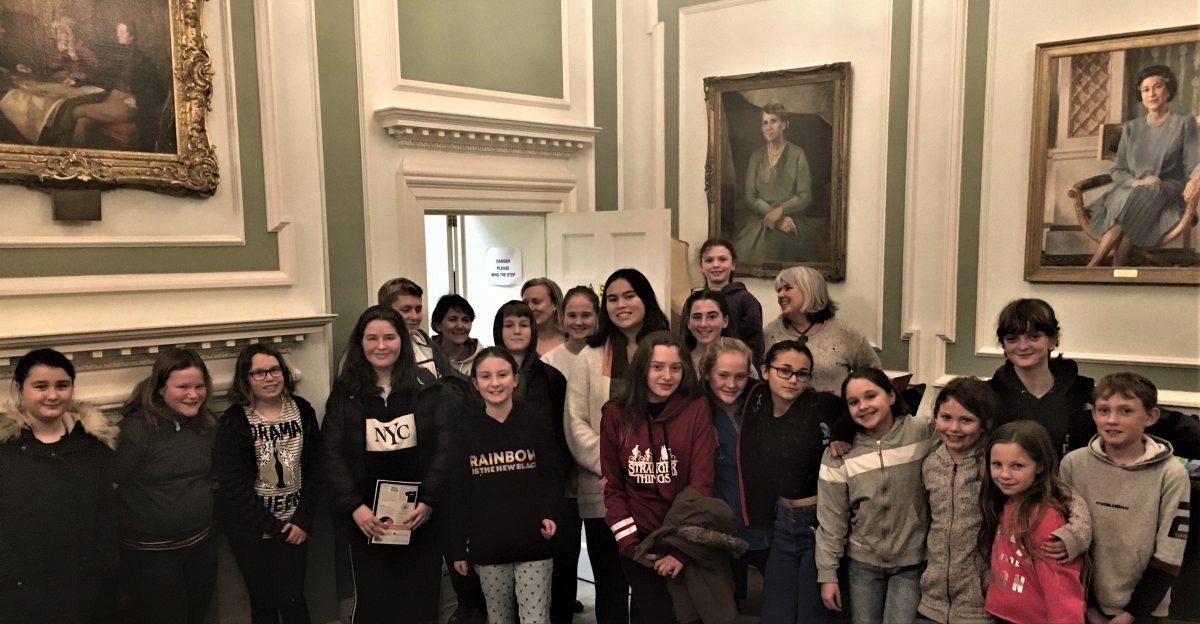 Since joining the Alderney Theatre Group last November, over 25 members of the youth theatre section have focused their energy and enthusiasm on bringing a famous and popular Broadway musical to Alderney this Spring.

Since December, the young aspiring thespians, aged 6 to 16, have been busy learning their lines, rehearsing their songs, polishing their dance routines and taking on the different characters of “Annie JR”, the musical which is based on Thomas Meehan’s book “Little Orphan Annie”. (Music by Charles Strouse and lyrics by Martin Charni)

Rehearsals have been taking place every week in the Island Hall. But with just over eight weeks left until the opening night, this project represents a real challenge for the cast and the producers – Maria Collier, Maxine Simeone and Carolyne Searle.

“It’s ambitious and challenging, but we have every confidence these young people will pull it off”, said Maria Collier.  The very same team also worked with the youngsters on the highly successful production of “Sound of Music” which was performed in St. Anne’s School last July.

This lively show will appeal to all age groups and should attract many young families. Tickets are just £5 (£2 for under 18’s) and the Alderney Theatre Group expects a full house for every performance.

Tickets will go on sale at Shirley’s in Victoria Street from early March.  ENDS

The Year 2019 marked  the 70th anniversary  of the Alderney Theatre Group and was celebrated with a bumper programme of performances, including celebrity comedians.

Throughout the year, the Alderney Theatre Group had been actively recruiting more young members and several joined the cast to perform in this summer’s highly acclaimed “Mamma Mia” open air musical.

However, one of the most exciting developments happened in December when  over 25 youngsters – aged 6 to 16, came under the wing of the Alderney Theatre Group.

Under the guidance of their familiar mentors  Maria Collier, Maxine Simeone and Carolyne Searle, who worked with them on their successful production of ‘The Sound of Music’ in July,   these talented children are very keen and enthusiastic to develop their singing and acting skills and are already busy rehearsing for their public debut in March 2020. Rehearsals are weekly in the Island Hall.

The last Alderney Theatre Group production featuring children was the emotional musical  “An Island Story” in 2015.